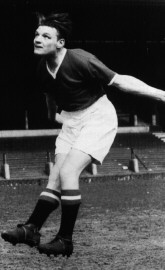 Born in Wombwell, near Barnsley, South Yorkshire in 1933, he was the club’s first-choice centre half for much of the 1950s and collected two League Championship winner’s medals.

He signed for Manchester United as an apprentice on leaving school in 1948 and made his first two appearances in the 1952-53 season, and by the time of United’s title glory in 1955-56 he was a regular first team player, although he often found himself out of the team in favour of Jackie Blanchflower. Earlier in his United career, he had also worked as a bricklayer in the Barnsley area.

He missed the 1957 FA Cup Final defeat to Aston Villa because of an eye injury, and looked set for an international call-up which many sources believe would surely have come his way had he not perished at Munich. He played a total of 120 first team games for United (103 of them in the league), and scored once.

Jones is buried in Wombwell near Barnsley, his birthplace. He had moved from there in the early 1950s after turning professional with Manchester United and moving to Flixton.

He was survived by his wife, June, and their two-year-old son, Gary. His daughter, Lynne, was born four months after the Munich air disaster, and June later re-married to a man called Herbert Barker. She died in December 2007, and was buried next to her first husband just weeks before the 50th anniversary of his death.

Jones was often nicknamed Dan Archer by his team mates, in reference to his pipe smoking habit similar to that of the character in the radio serial The Archers.

Basic directions – courtesy of Friends of Wombwell Cemetery – Enter by the Summer Lane gate and procede directly ahead reaching the “roundabout” (2 stainless-steel benches on a circle of grass). Carry straight on past the roundabout and take the next path on the LEFT. The grave is on your left-hand side after approx 100 yards (Grave number is 2270). 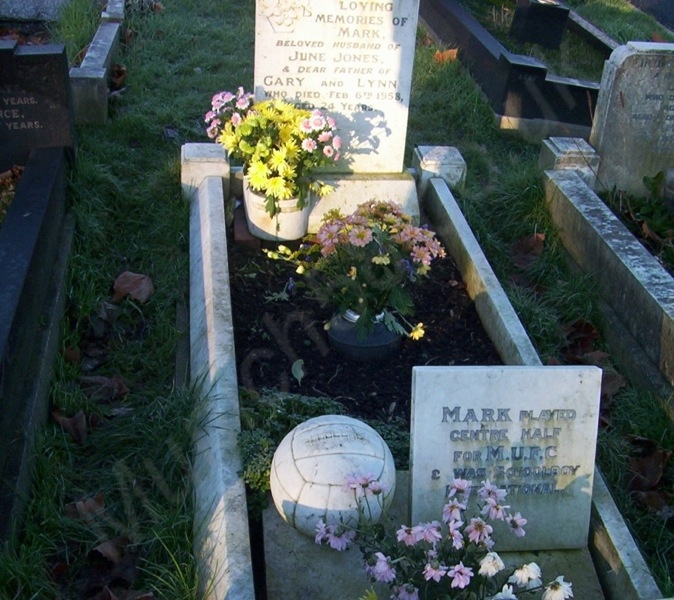