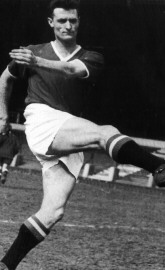 Liam Whelan (also known as Billy) was a devout Roman Catholic who came from a large family; his father John had died in 1943, when Whelan was eight years old. He was not a confident flyer and just before the aeroplane took off from Munich, he was heard to say: “Well, if this is the time, then I’m ready.”

Whelan began his career with Home Farm before joining Manchester United. He made 98 first-team appearances between August 1955 and February 1958, scoring 52 goals. He had previously played for Irish club Home Farm, and was capped four times for the Republic of Ireland national team, but unfortunately did not score.

On 8 December 2006 the railway bridge on Faussagh Road/Dowth Avenue junction in Cabra, Dublin 7 close to Dalymount Park was renamed in his honour. The campaign to have the bridge renamed was initiated and organised by members of the Cabra, GAA club, Naomh Fionbarra (gaelic spelling) (St. Finbarr’s) and sanctioned by Dublin City Council in early 2006. It is close to St. Attracta Road, the street in which he was born. The unveiling ceremony was performed by Whelan’s Manchester United team mate at the time of the aircrash, Sir Bobby Charlton.

On 4 February 2008, the Irish national postal body An Post issued a 55c postage stamp for the 50th anniversary of the Munich Air Disaster showing a photo of Liam Whelan.

Basic directions – Head out from the city on a number 40,40a,40b,40c,40d bus. When you get off at the cemetery, go in the gate on the left towards the railway tracks. It is up on the right hand side. NOTE it is not in the main graveyard, you get off at the bus stop on the other side of the road opposite the main gate. It is the graveyard at the back of the housing estate. Walk up the lane and it is directly in front of you, that row, left hand side, only about five plots up.
More Info – Glasnevin Cemetery Website 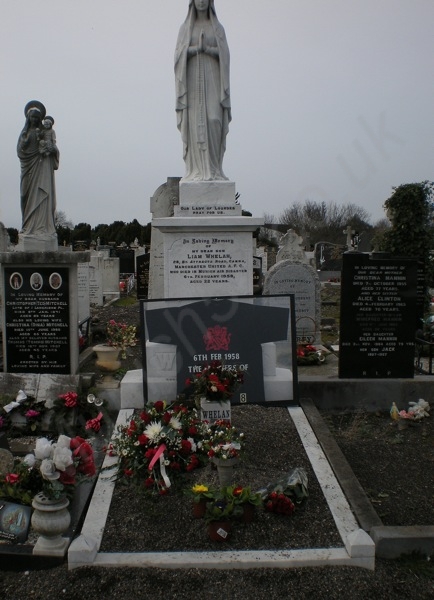 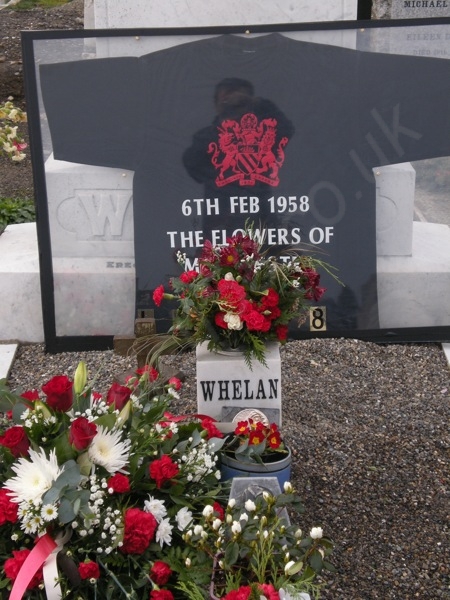 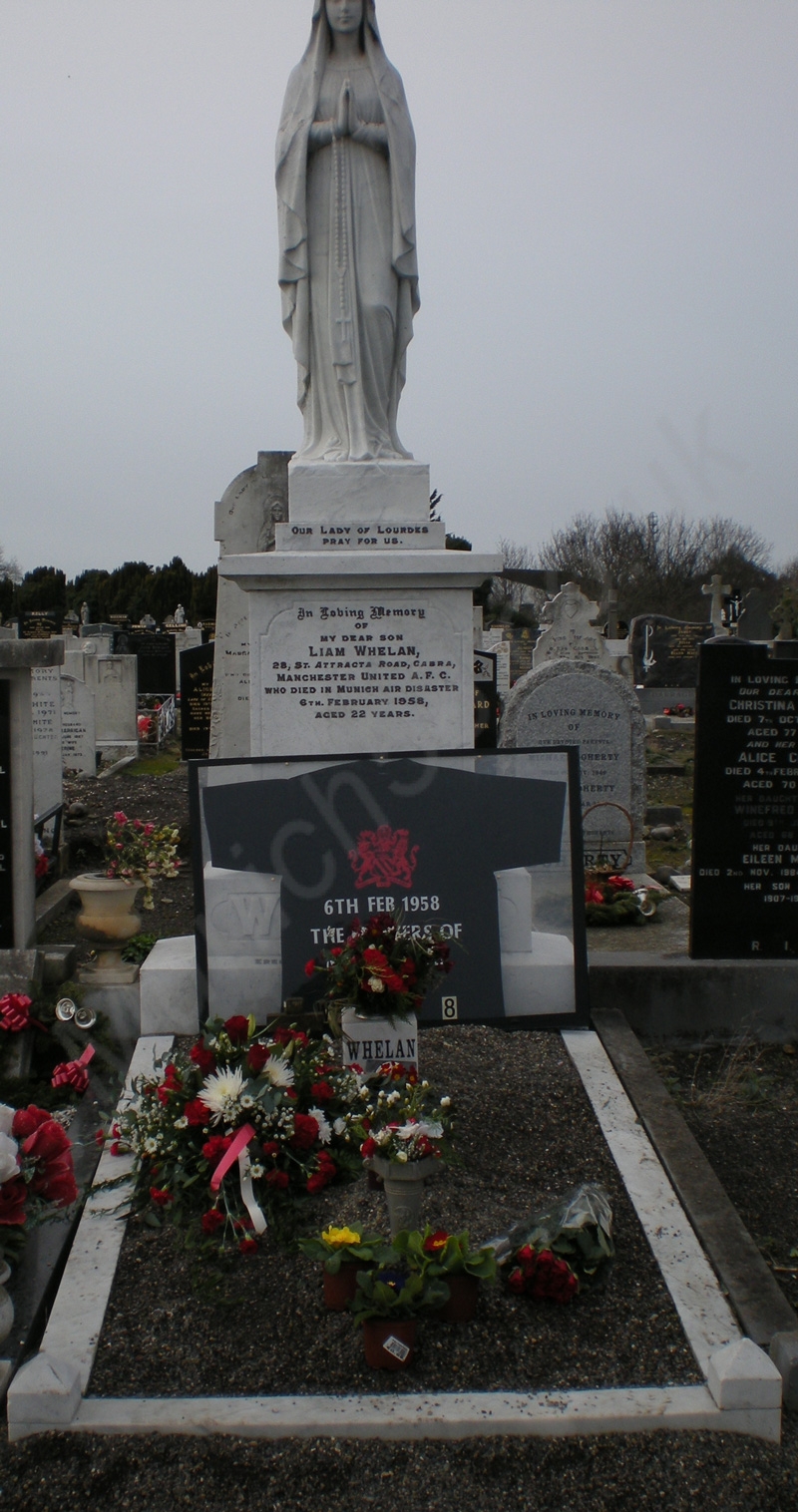 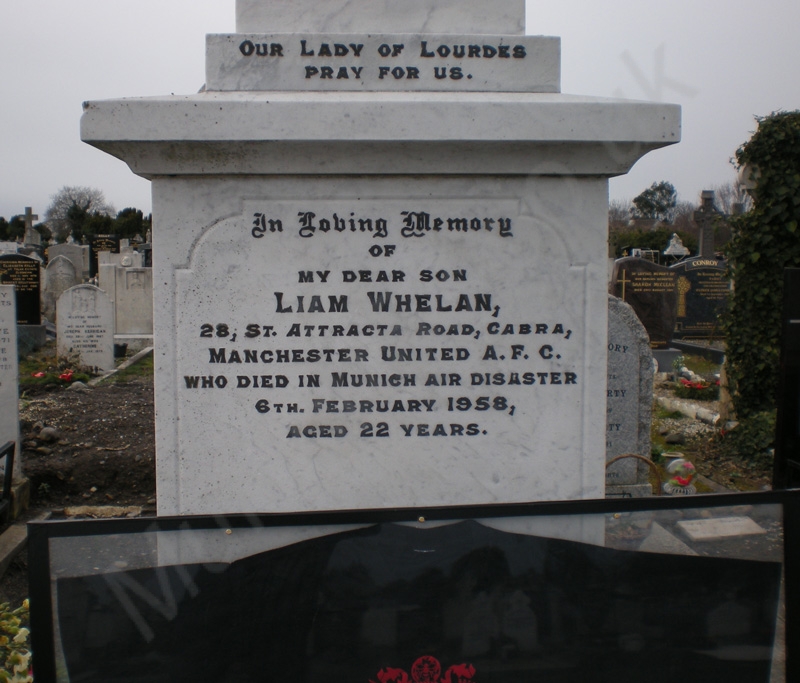 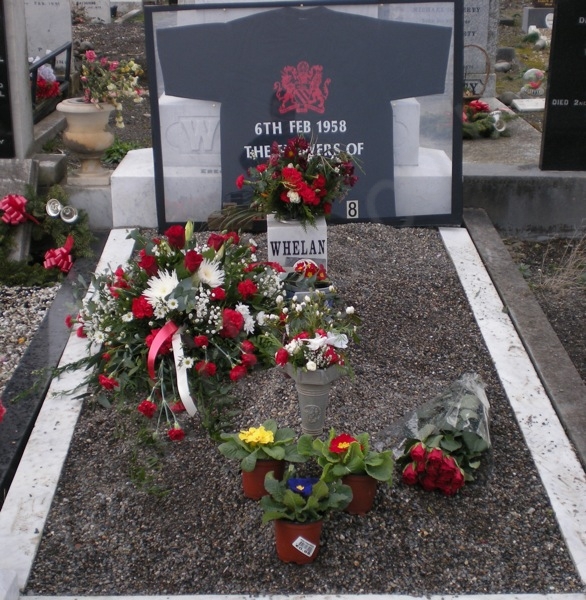