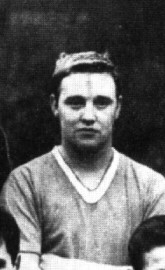 Colman was born in Salford, Lancashire and joined Manchester United’s youth team on leaving school in the summer of 1952. He became a first-team member during the 1955–56 season. Over the next two-and-a-half years he made 107 first-team appearances, scoring two goals, the second of which came in the first leg of the fateful European Cup quarter-final tie against Red Star Belgrade. In his time at United, he was nicknamed “Snakehips” for his trademark body swerve.

Aged 21 years and 3 months, he was the youngest person to die in the Munich air disaster. An accommodation building at the University of Salford is named after him – the Eddie Colman Court is a block of flats located near the main campus.

A statue of Colman was erected at his graveside in Weaste Cemetery, Salford, after his death, but it was badly damaged by vandals and after being repaired was placed in the home of his father Dick, who died in October 1986 at the age of 76 and is buried alongside Eddie as well as Eddie’s mother Elizabeth, who died in November 1971 at the age of 62.

27 workers at a Manchester boxmaking firm had been dismissed from their jobs for leaving work to attend Colman’s funeral; however they were all swiftly reinstated.

Cemetery Plan – I believe that Eddie is buried at the top of the main drive on the right hand side, on the corner, just in front of the church 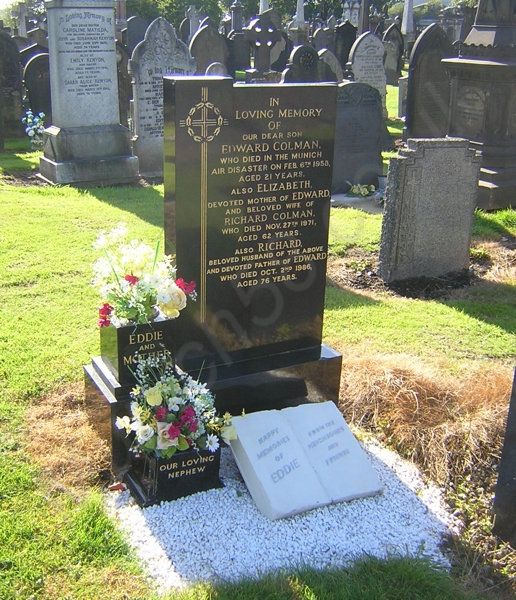